You can skip the line and get faster access to the conference through the event app. The event app will be available for download a few weeks prior to the event.

Check out our REALiTY+ tradeshow, which features 30+ start-ups, vendors and organizations that can help you grow your business.

Cheers to Another 100 Years

Join 2022 OREA President Stacey Evoy for an introductory address to kick off the first day of REALiTY+!

Let’s get inspired! Join 2022 OREA President Stacey Evoy and President-Elect Tania Artenosi as they set the tone for the REALiTY+ festivities and celebrate OREA’s 100th anniversary!

A Conversation with Simu Liu

Join Simu Liu as he takes the stage to discuss breaking down barriers and the importance of pivoting your approach to achieve your dreams.

The Canadian triple threat (actor, writer, and producer) made history as the star of the first Asian-fronted movie in the Marvel Cinematic Universe’s Shang-Chi and the Legend of the Ten Rings, which garnered him the People’s Choice Award for Favorite Action Movie Star.  Liu’s New York Times Bestselling memoir, We Are Dreamers: An Immigrant Superhero Origin Story, tells his own origin story of being a Chinese immigrant, his battles with cultural stereotypes and his own identity, and becoming the master of your own extraordinary circumstance

This conversation will be moderated by Karman Wong.

Indulge, relax, and unwind in OREA’s wellness lounge, bought to you by LifeWorks. De-stress with our massage chairs, manicure stations, and much more. And, don’t forget to download the lifeworks app to gain free access to the space.

The Riches are in the Niches

In the age of social media and digital marketing, getting specific sells.

In her session, The Listings Lab founder Jess Lenouvel will unveil the psychology of a good niche and dispel fears and myths about scaling down your target audience.

Hear more about how Jess has found success using this unconventional tactic, and why it’s essential to growing your business and taking it to the next level. 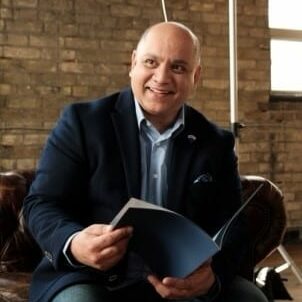 How will the future of the real estate market impact your business? Are we heading into a recession or coming out of one? Is now the right time to buy?

Hear from leading experts on where the economy and the real estate market is headed in the near future.

How to Build a Successful Real Estate Brokerage

She built Corcoran into one of the nation’s most successful and prestigious real estate firms by expanding into key East Coast markets. She created the Corcoran Sunshine Marketing Group, the premier industry leader in new luxury residential development. Now, she’s leading the company’s global expansion. Join Pamela Liebman, President and CEO of Corcoran, as she discusses how to build a successful real estate brokerage and expand your reach, while ensuring clients stay top of mind.

Cutting Through the Noise: The Value of Authenticity in the Workplace

Lisa LaFlamme has been at the forefront of journalism for over 30 years, tackling some of the biggest issues of our time, traveling the globe, delivering breaking news, and bringing it back home to Canadians.

​​​​​In this fireside chat with fellow journalist, Sally Armstrong, Lisa will speak about the power of telling an effective story to project yourself with true confidence in business, managing the challenge of change, and much more.

Enjoy a catered lunch while networking with fellow REALTORS®. Or, grab a lunch to go and head on upstairs to a lunch and learn with Peter Murphy.

The New Open Offer Process: A Great New Tool for REALTORS®, or All Talk?

Co-founder & Broker of Record, On The Block Realty

In this session, world-famous photographer Platon shares a career’s worth of lessons learned from interacting with some of the world’s most prominent figures — including George Clooney, Mohammed Ali, Mark Zuckerberg, Edward Snowden, and Stephen Hawking.

Sharing the stories behind his iconic portrait sessions, Platon discusses how to spot the opportunity to create meaningful connections – revealing his near-foolproof way of breaking down barriers, especially in times of great division.

42nd President of the United States

President Clinton led the United States to the longest economic expansion in American history, including the creation of more than 22 million jobs – and now he’s taking the REALiTY+ stage!   Join President Bill Clinton for a moderated discussion about leadership and decision, and how to navigate global policies that will impact your ability to succeed.

Come to the tradeshow floor in Pre-Function C for drinks, snacks, and networking opportunities.

Dress to impress in your formal attire as we commemorate the last 100 years of organized real estate and look ahead to the future. Your ticket includes dinner, two drink tickets, entertainment, and the chance to celebrate and network with your fellow colleagues as we ring in our 100th birthday!

©2023 REALiTY+ All Rights Reserved. | Built by Kleurvision | Powered by KVGO

We use cookies on our website to give you the most relevant experience by remembering your preferences and repeat visits. By clicking “Accept”, you consent to the use of ALL the cookies.
Cookie settingsACCEPT
Manage consent

This website uses cookies to improve your experience while you navigate through the website. Out of these, the cookies that are categorized as necessary are stored on your browser as they are essential for the working of basic functionalities of the website. We also use third-party cookies that help us analyze and understand how you use this website. These cookies will be stored in your browser only with your consent. You also have the option to opt-out of these cookies. But opting out of some of these cookies may affect your browsing experience.
Necessary Always Enabled
Necessary cookies are absolutely essential for the website to function properly. These cookies ensure basic functionalities and security features of the website, anonymously.
Functional
Functional cookies help to perform certain functionalities like sharing the content of the website on social media platforms, collect feedbacks, and other third-party features.
Performance
Performance cookies are used to understand and analyze the key performance indexes of the website which helps in delivering a better user experience for the visitors.
Analytics
Analytical cookies are used to understand how visitors interact with the website. These cookies help provide information on metrics the number of visitors, bounce rate, traffic source, etc.
Advertisement
Advertisement cookies are used to provide visitors with relevant ads and marketing campaigns. These cookies track visitors across websites and collect information to provide customized ads.
Others
Other uncategorized cookies are those that are being analyzed and have not been classified into a category as yet.
SAVE & ACCEPT